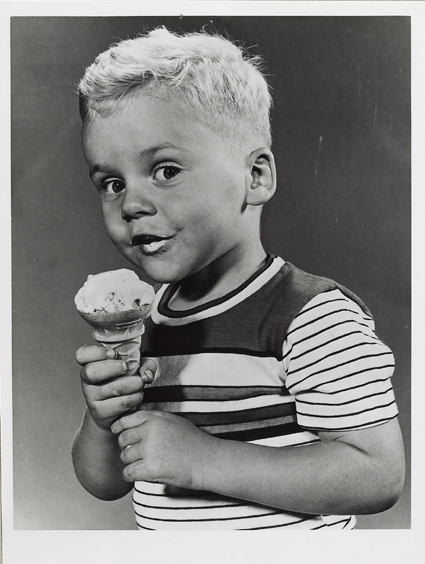 By now even a glance at TuscanTraveler.com (see here, here, here and here) will tell you of a greater than average interest in gelato. Imagine my distress to find that I would not be able to be in Cefalú on the north coast of Sicily for the fifth annual Sherbeth Festival.

If you love gelato and especially sorbetto and are traveling to Sicily in mid-September, head straight to Cefalú for four days of ice cream heaven.

From September 15 to 18, the historic center of the town will be transformed into the Gelato Village.

Whereas Florence (and Catherine de’Medici) lays claim to the creation of milk-based Italian gelato, Sicily fights for the honor of sorbetto, a divine combination of fruit, sugar and water. Sherbeth is an Arab word that became sorbetto in Italian (and sherbet when I was growing up in New Mexico).

The Romans say Emperor Nero started the craze by having his slaves carry buckets of ice and snow down to him from the Appian Way. But the Turks and the Chinese also had sherbeth frozen fruit desserts and Marco Polo is claimed to have carried the idea back from his travels. Certainly Sicily got the inspiration from the Arabs.

Here would be my idea of a perfect September day in Cefalú: In the morning, you can walk Cefalú’s sandy beach, one of the best in Sicily (burning off some calories in preparation for the rest of the day), and swim in the clear, warm sea (mid-70s).

Or you can begin as you mean to go on and order a typical Sicilian summer breakfast, a sweet brioche with gelato inside. (See Joe Ray’s WSJ post that describes the experience perfectly.)

Finish off the morning wandering the narrow streets with buildings displaying Arab, Norman and Byzantine influences, seeing the impressive Duomo, and then heading to the Corte delle Stelle and along the waterfront to indulge yourself at 35 Sicilian and international artisanal gelateria stands, savoring their hand-made sorbetto.

Stop by Carpigiani Gelato University’s gelato school and take a class in how to make sherbeth. Carpigiani is providing the equipment at a central production lab for all of the gelato makers where they will create their own proprietary recipes for the delight of the expected crowds.

Under the stars, a final gelato in hand, on my perfect September day, I would take in the wide variety of musical and other entertainment provided by Sorbeth Festival 2011 in Cefalú.

Gelato tourism has to be coming soon. Sign me up!

One of the highlights of this summer was an invitation to spend two days at Carpigiani Gelato University, located just outside Bologna, on the historic Via Emilia, between Lavino di Mezzo and Anzola dell’Emilia.

48 hours of just thinking about gelato and, of course, tasting flavor after flavor of sorbet, semifreddo, granita, frozen yogurt, soft-serve, as well as, traditional Italian gelato.

At the Gelato Lab, Carpigiani’s freestanding high-tech gelateria, two brand new flavors of gelato were introduced to the world on July 20 during the presentation of the 2011 Gelato Pioneers (more about this later).

The two fascinating flavors were created by Gelato Maestro Luigi Perrucci in the Gelato Lab’s research and experimentation kitchen, using the most innovative of Carpigiani’s gelato and soft-serve machines.

The crowd cheered as a tray of Mortadella Gelato “crostini” was presented. Mortadella is one of Bologna’s most famous foods, dating back five hundred years. Maestro Luigi chose to serve his mortadella gelato on a small round slice of bread and top it with a shaving of Parmesan cheese, a squiggle of balsamic vinegar and bit of shredded lettuce.

Made with a sorbet base, the pink gelato offered a true mortadella flavor without any fatty mouthfeel or aftertaste. The bread, balsamic, Parmesan and lettuce made it the perfect sandwich, albeit an icy cold one.

For dessert, Maestro Luigi offered a Balsamic Vinegar Soft Serve Gelato. Of the palest purple in color, made with a milk and egg base, the delightful swirl of gelato was sweet with a slight tangy aftertaste.

Carpigiani is known for pushing the envelop of the tradition Italian gelato experience. The company seeks to bring Italian gelato to the whole world. Mortadella gelato may not find its way into any gelateria on a regular basis (except for perhaps Humphry Slocombe in San Francisco and on the Food Channel’s Iron Chef), but the balsamic vinegar soft serve is a keeper.