Attention:  Effective as of June 15, 2015, the Regional Secretary of the former Superintendency of the State Museums of Florence stipulated that Amici deli Uffizi members, holding valid membership and ID cards, are eligible for the free entrance and the priority pass to the Uffizi Gallery only. This severely limits the benefits of the card.

Most readers of Tuscan Traveler know that I am a great fan of the Amici degli Uffizi Pass. I like it because:

It is good for one year.

It allows me to return again and again to my favorite museums (i.e. re-entry).

The organization uses the money to restore art and to promote free exhibitions of art not usually seen in Florence museums.

It has a family offer that allows families with up to two adults and two children under the age of 18 to get cards for a total of 100 euro. The definition of “family” is inclusive so grandparents and grandchildren, multiple generations, and couples of all sorts can qualify.

But then I slowly came to see the value of the 50 euro (no family plan) Firenze Card for my clients and visitors because:

It is accepted by twice as many museums (state- and city-run). This includes the Galileo Museum, Palazzo Strozzi and the Palazzo Vecchio.

It has a Wi-Fi card that works at most spots around the city.

It is accepted as a city bus pass.

I did not like these aspects of the Firenze Card:

It expires after 72 hours.

It does not allow re-entry into a museum.

I could only see the value for people who were in town for three or four days, no longer.

HOWEVER, two things happened in May/June that changed my mind.

First, the city raised the cost of the Firenze Card to 72 euro, but still no discount for children or elders (except minors and over 65ers with EU passports) and no family plan.

Second, the Italian state government decreed that all of the world’s children under the age of 18 have the right to enter the state-owned museums (Uffizi, Accademia, and Bargello, among others) for free. (If you are over 65 and have a U.S. passport, apparently you still have to pay full price.)

I think 72 euro for 72 hours is much too expensive for the number of museums a normal person can fit into three days (this does not include my friend Barbara, who is normal, but who could get her money’s worth). To just break-even you would have to see the the three most expensive museums – Uffizi, Accademia, and Strozzi – as well as the Bargello, Galileo, Palazzo Vecchio, Brancacci Chapel, Museo San Marco and at least two of the museums in the Pitti Palace. (To be fair, if I add the cost of the reservations to the Uffizi and the Accademia (4 euro each) because you get in with the Card just as fast as those with reservations, then you can cut off one museum to break-even with the card.) This includes my assumption that “free” bus rides and “free” WiFi are basically worthless to the three-day visitor to Florence. 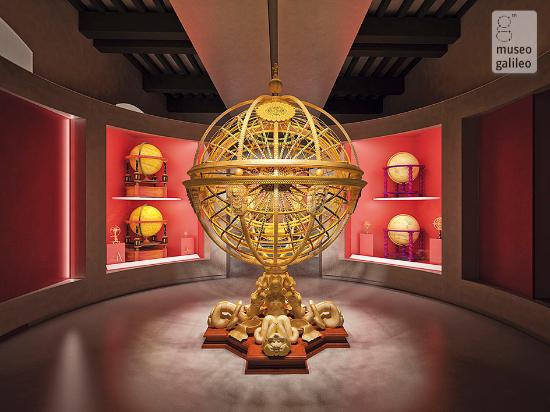 If you have kids with you (even teenagers, or especially teenagers) you are probably only going to visit the Uffizi and the Accademia on a three day visit. Since those tickets are free, you do not need to buy a Firenze Card for them. But should the parents get a 72 euro Firenze Card? The question that I can not find an answer for is: If the parents have a Firenze Card, can their kids skip the line with them or do the children need a reservation? (The museums still charge 4 euro per child for the reservations.)

Presently, I think families should get the Amici deli Uffizi Card (for a family of four the math works out to 25 euro per person with no questions about reservations). Individuals who love to power through museums, only have three days in Florence, and hate to pay their hotel 9 euro a day for WiFi should get the Firenze Card. 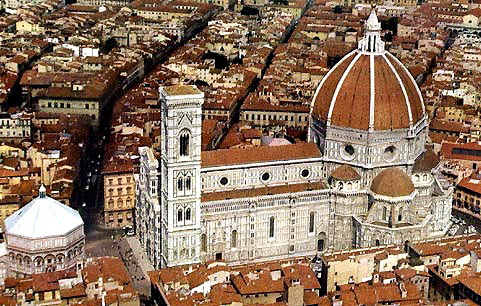 But What About The Duomo?

Just to make it a bit more confusing this summer, the Opera del Duomo decided that they wanted to “simplify” the ticketing process for the the various sites at the Duomo. The so-called Grande Museo del Duomo was created in July (always fun to try out a new system in the middle of the high tourist season). Now you do not have a choice of paying only to climb the dome. Instead, you have to buy a 10 euro ticket that includes entry to Galleria dell’Opera di Santa Maria del Fiore (the museum), Brunelleschi’s Dome, Giotto’s Bell Tower, Baptistry of San Giovanni, and the Crypt of Santa Reparata (inside the cathedral).

Entry for the cathedral itself is still free and the Grande Museo del Duomo ticket does not get you through the line any faster.

Ticket offices are another change at the Duomo. If you want to climb Brunelleschi’s Dome you do not get into line at the north door until you buy the ticket at one of the four ticket offices (bell tower, crypt, museum, or in the “Art & Congress” building across from the entry door of the Baptistry (very poor signage, but good bathrooms for a fee). 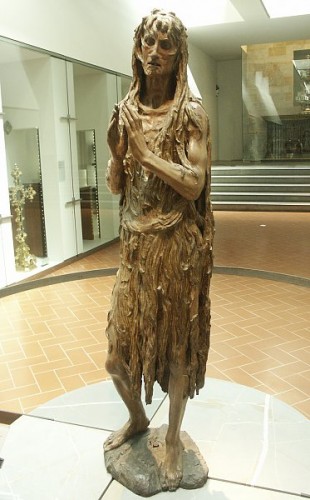 One final note: The  Galleria dell’Opera di Santa Maria del Fiore (the museum behind the Duomo) is virtually closed until 2015 (the ticket office is open). The only exhibits on display are the original Ghiberti “Doors of Paradise” from the Baptistry and the “Deposition” by Michelangelo, as well as a couple of lesser-known statues, one of which was damaged by a guy from Connecticut a couple of weeks ago. I wish they would add the “Mary Magdalene” by Donatello to the small collection, but maybe there is not enough space to protect the statue.