The Uffizi Is Targeted By A Terrorist Bomb

Twenty years ago, a little more than one hour after midnight, May 27, 1993, a massive explosion echoed throughout Florence. It was a true case of domestic terrorism.

A stolen white Fiat Fiorino van, loaded with explosives, was driven into the city center and parked under the Torre dei Pulci in Via dei Georgofili. The car bomb (280 kilograms of Pentrite and T4 (both components of Semtex) mixed with a small quantity of TNT) was detonated blasting a crater ten feet wide and six feet deep. Fragments of metal debris landed as far away as Via dei Calzaiuoli.

The terrorists were the members Cosa Nostra in Sicily. This was an act of intimidation.

The explosion killed five people: municipal police inspector Fabrizio Nencioni; his wife Angela, the live-in custodian at the Accademia dei Georgofili; their daughters, nine-year-old Nadia and seven-week-old Caterina; and a 22-year-old architecture student Dario Capolicchio, who lived in a nearby apartment. Another 33 people were hospitalized for injuries.

To the mafia the dead were just ancillary damage. The Uffizi Gallery was the main target of the blast. The structural damage to the museum cost more than a million dollars to repair. Although the reinforced window glass of the museum shattered, it protected most of the artworks from the full force of the blast. Three paintings were completely destroyed, thirty-three others were damaged and three statues were broken.

The damage was far greater to the fifteenth-century Torre dei Pulci, home since 1933 to the Accademia dei Georgofili, established in 1735, the world’s first learned society of agronomy and scientific agriculture. The building imploded and crumbled to the ground, completely destroying the apartment of the Nencioni family. Over one thousand of the Accademia’s 40,000 rare books, manuscripts and historic archives were irretrievably lost.

The Florentines pulled together as they had after the extensive damage in World War II and the Arno Flood in 1966. A month later a memorial for the dead filled the Piazza della Signoria where the orchestra and chorus of the Maggio Musicale Fiorentino played in concert. It took three years to reopen the Accademia dei Georgofili. Work on parts of the Uffizi Gallery and the Vasari Corridor took much longer.

This year, on May 26, the twentieth anniversary brings a number of events and presentations about the events in the early morning of May 27, 1993, including the presentation of a permanent memorial to the victims, a statue by sculptor Roberto Barni, commissioned by the Friends of Florence, the Associazione tra i Familiari delle Vittime della Strage di Via dei Georgofili, and the Uffizi Gallery organizations. The sculpture is called I Passi d’Oro (The Golden Steps).

Domestic Terror Planned and Carried Out By the Mafia

The attack on the Uffizi and Accademia dei Georgofili bore similarities to a bomb targeting anti-mafia campaigner and television host (The Maurizio Costanzo Show) Maurizio Costanzo, which had exploded in the fashionable Roman neighborhood of Parioli 13 days earlier, injuring 23 people. 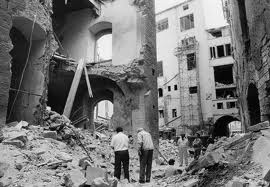 The Cosa Nostra’s involvement in the bombing was confirmed a month later, in July 1993, when three bombs were detonated, almost simultaneously: one in Milan (at the Pavilion of Contemporary Art, where five people died) and two in Rome (at the cathedral of San Giovanni in Laterano and at the church of San Giorgio in Velabro).

Evidence was soon found suggesting that the bombs were placed by Cosa Nostra, the Sicilian organized crime syndicate. These terrorist attacks were meant not only to deter, by way of warning, its members from turning state’s witness, but also to force the over-ruling of Art. 41 (bis) of the Penitentiary Law of August 1992, which imposed harsh living conditions on prisoners, especially those accused of being members of mafia organizations, severely curtailing their contact with those outside prison.

After the arrest of mafia boss Totò Riina from Corleone in January 1993, the remaining bosses, among them Giuseppe Graviano, Matteo Messina Denaro, Giovanni Brusca, Leoluca Bagarella, Antonino Gioè and Gioacchino La Barbera came together a few times (often in the Santa Flavia area in Bagheria, on an estate owned by the mafioso Leonardo Greco). They decided on a strategy to force the Italian state to retreat in its pressure on the Cosa Nostra. The Graviano brothers were seen as the organizers of the operation, in particular to select the men who would carry out the bombings. 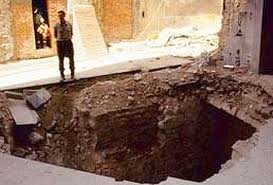 It was nearly ten years before some of the perpetrators were brought to justice. In 2002, for ordering the bombings in Rome, Florence and Milan, bosses Giuseppe and Filippo Graviano each received a life sentence for the bombings. For their part, Leoluca Bagarella, Totò Riina, Bernardo Provenzano and Matteo Messina Denaro (still a fugitive), along with another ten members of the clan were also sentenced to life imprisonment.

Finally, this month, two decades after the horrific acts, Sicilian fisherman Cosimo D’Amato, 68, was sentenced to life imprisonment for supplying explosives for Mafia massacres in Rome, Florence and Milan. He was convicted on testimony from a former mafia member Gaspare Spatuzza. Police say that D’Amato recovered large amounts of TNT, later used in several mafia bombings, from World War II remains he found in the sea. D’Amato is related to other members of the mafia involved in the Falcone and Borsellino slayings. 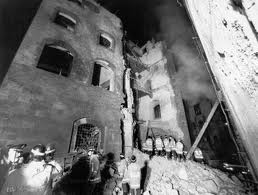 D’Amato is also being probed for a role in supplying the dynamite used in a massive explosion that killed anti-Mafia magistrate Giovanni Falcone, his wife Francesca, and three bodyguards in May 1992. That explosion occurred on the motorway near the town of Capaci near Sicily’s regional capital. Falcone is considered a national hero. The 21st anniversary of Falcone’s murder was marked with ceremonies in Palermo Thursday.