Visitors to Florence this summer should keep an eye out for special events in special places.

Patti Smith came back to town this past week for her i. was in Florence tour – a tour limited to the city limits, including unannounced stops to sing on street corners and small piazzas. She spoke to a large group of NYU students at Villa La Pietra and rocked the house in the Salone dei Cinquecento in the Palazzo Vecchio where, to an invitation-only crowd, she recited Ginzberg’s footnote to Howl – Holy, Holy, Holy (a glance at the lyrics makes clear that this grand Renaissance hall had never heard the like before). The frescoed walls and Michelangelo’s statue quaked  as she belted out People Have the Power, backed by guitarists Lenny Kaye and Tom Verlaine.

The three, joined by a bass player and drummer, appeared the next night in front of 50,00 people, framed by the facade of the church of Santa Croce for a return concert – exactly 30 years after her 9/10/79 appearance, of which she has said, “At least once a day, every day since September 10th, 1979, I think about that memorable concert, probably the best, without doubt the most powerful of my whole artistic career.”

This past Sunday (May 24), Patti Smith rushed to Florence from the wedding of her son Jackson (to Meg White of the White Stripes) to honor her friend Robert Mapplethorpe at a benefit for AIDS/HIV at the Accademia.

Although few in the audience actually saw Smith, who stood in the deep shadows at the feet of the David, no one went away unhappy after her superb performance.

She talked about her first evening with Mapplethorpe when they poured over a book of Michelangelo’s sculptures and the nascent photographer wondered if he would ever see his own work in such a book. Smith described his encouragement of her singing and the impact of his death from complications of AIDS twenty years ago on May 22, 1989.

She recited Sonnets by Michelangelo, Psalms of David, her own poetry and sang a choice selection of her songs, either a cappella or accompanying herself on guitar. At one point she forgot some lyrics and gracefully blamed it on the awe she felt for the marble giant standing behind her. Highlights included her recitation of “People Have the Power” and the show-stopping “Because the Night Belongs to Lovers” that brought the audience to its feet, singing along.

Mapplethorpe and Michelangelo together for the first time

This week the Galleria dell’Accademia opens a new exhibit “Perfection in Form” juxtaposing photographic images by Robert Mapplethorpe to some of the most iconic Renaissance pieces in the world – Michelangelo’s David and the four non finiti Prisoners. The two artists seem to engage in a dialogue beyond time, space, and cultures.

“My work is about order”, Mapplethorpe once said,adding, “I am looking for perfection in form”. Michelangelo would have understood the sentiment.

The 91 works by Mapplethorpe are joined by several pieces by Michelangelo (four drawings and a sketch, in addition to the David, the four Prisoners and the painting Venus and Cupid) and the plaster model of the Rape of the Sabine Women by Giambologna. The exhibition is completed by works by artists that Mapplethorpe referenced throughout the course of his life and work (Brice Marden, Man Ray, Ettore Spalletti and Andy Warhol).

The Slave – Mapplethorpe’s homage to Michelangelo

Mapplethorpe’s double photograph with a knife, entitled “The Slave” (1974), is of a Michelangelo sculpture that is not in Florence, but rather resides in the Louvre in Paris, where it is known as “The Dying Slave.”

One of two such sculptures in the Louvre, the Dying Slave was included in the design (1505) for the initial project for the tomb of Pope Julius II. Michelangelo began to carve it in 1513. After the pope’s death, it, among others, was rejected for financial reasons. Similar figures, including the four marble Prisoners in the Accademia of Florence – carved and also left incomplete (non finiti) in 1532 – had been part of the original design for the grandiose tomb. Julius II, who had dreamed of a freestanding mausoleum at Saint Peter’s in Rome, was buried in San Pietro in Vincoli in a wall tomb, adorned with one grand statue – Michelangelo’s famous Moses.

Despite being unfinished, the two great marble Slaves were already admired. Michelangelo donated them to the Florentine exile Roberto Strozzi, who presented them to the French king. The Slaves thus reached France during the sculptor’s lifetime, and first occupied two niches at the Château d’Ecouen before Cardinal de Richelieu took them to his château in Poitou.

Perfection in Form – the Exhibit

The Galleria dell’Accademia, known to accompany it’s drawing card, the David, with good exhibits in the past, has outdone itself with the Mapplethorpe show – Perfection in Form. Patti Smith, reportedly, helped select the photographic images created by the artist. 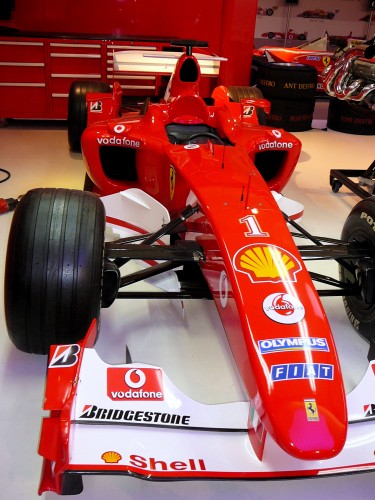 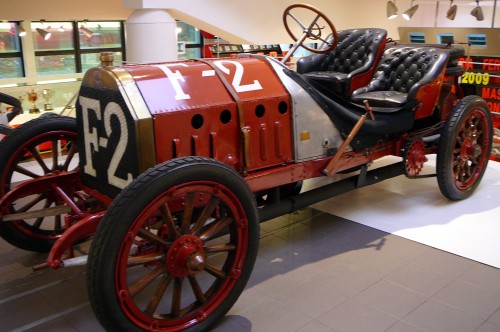 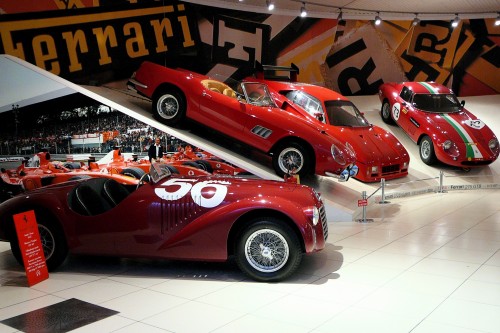 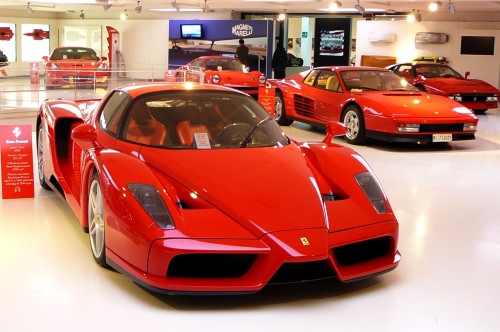 I still remember the day in Panzano when I almost plowed down Dario Cecchini, the famed butcher, who was standing in the intersection blowing a horn that once graced the side of an ancient automobile – back in the times when the horn had to be sounded to get the horses and carriages out of the way. Dario was garbed in festive red pants, yellow shirt, red vest, and white apron with a red bandana at his neck. He had a glass of red wine in his other hand.

Just as Dario blew two long welcoming notes, three antique racing cars crested the hill, tooted to Dario and raced off into the valley to Greve. I got a glass of Dario’s wine and a small plate of bread, lardo and salami from Dario’s butcher shop and joined the crowd of spectators in Panzano’s main piazza.

The Mille Miglia had come to town.

Anyone living in or visiting Italy next week has the chance to be part of the pageantry of this annual road rally of vintage sport and touring cars. The 27th Mille Miglia, a historic replay of one the world’s most famous motor races (the original race ran between 1927 and 1957), is a three-day rally that starts in Brescia, Lombardia, travels to Rome, winding through the countryside of the Veneto, Marche and Umbria, and returning through Tuscany (Pienza, Buonconvento, Siena, Val d’Elsa, Monteriggioni, Poggibonsi, Barberino, Tavernelle and San Casciano) and Florence. Over three hundred antique racing and tourist-class cars will pause for a break in Siena and Florence in mid-afternoon on May 16.

Mille Miglia fever still infects international vintage automobile enthusiasts so that every year hundreds of entry applications from dozens of countries are sent to the organizing committee, which has to choose the final 375 competitors admitted to the 2009 competition.

Possession of a veteran car does not mean that the automobile has all the necessary qualifications for admission. Only cars built during the period of the classic Mille Miglia, 1927 -1957, are allowed to come to the starting line in Brescia. Preference is given to cars that have a particular racing history or which have actually participated in a previous Mille Miglia.

Each car must carry two qualified drivers, one of whom usually acts as navigator. Taking part in the Mille Miglia has always been considered an achievement in itself, but managing to finish the arduous course takes the experience to another level.

The Mille Miglia highlights ancient villages, city centers, countryside and mountains. From the Lombardia and Veneto plains to the countryside of the Marche and of Umbria, Lazio, Tuscany and Emilia, from the Romagna sea to the steep snowy slopes of Mount Terminillo and, on the way back, up again across the Futa and Raticosa passes. The rally also visits almost unknown tiny villages of medieval origin and the famous city squares, including the Campo in Siena and Piazza Strozzi in Florence.

Spectators enjoy the pageantry of the Mille Miglia whether they understand the detailed lineage of the vintage automobiles or not. Along the route residents and spectators hold outdoor parties, wave flags, blow horns, ring bells and cheer the racers onward. Car enthusiasts will have the chance in Siena and Florence to examine the cars and talk with the drivers.

For more information in English (not much) and Italian, review the official web site at 1000milglia.com .  A trailer for the 2009 Mille Miglia and another video of the history of the race make good viewing.