I am an unabashed Clet Abraham fan. His street sign art and Common Man statues are a poke in the ribs of the all-too-serious art establishment and other red-tape loving bureaucrats of Florence. 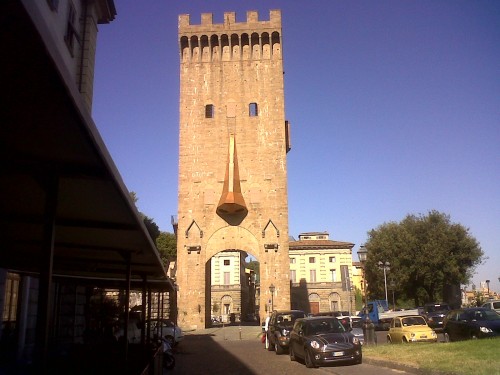 For his latest venture – giving the Oltrarno San Niccolò Tower a nose – Clet was not able to thumb his nose at City Hall and was forced to get some sort of permit. Maybe a tower climbing permit. Maybe a “Art Created After 1600” permit. 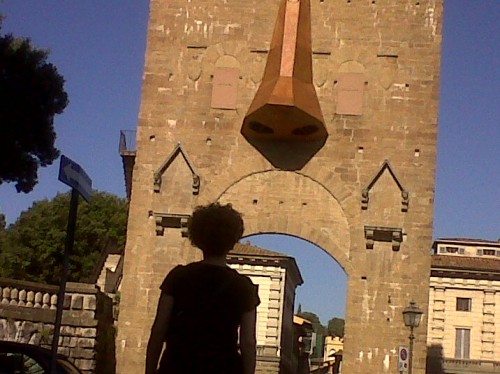 It took more than two months for all the pages to be assembled, the appropriate stamps applied, and, probably, fees paid; but last week the 135-foot-high Torre di San Niccolò got a very handsome naso.

It appears that the original idea of eyebrows and moustache were scrapped or nixed. I like the minimalist completed project that allows the imagination to fill in the spaces. 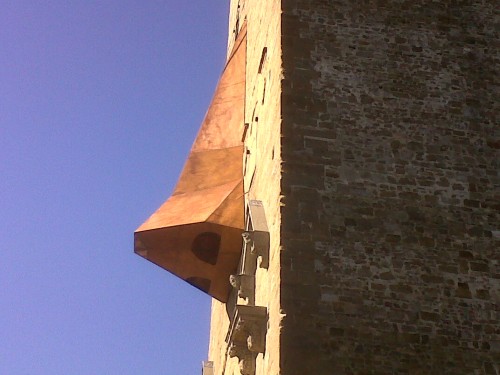 Some may say it’s a true Florentine nose in the style of Michelangelo’s David. Clet’s proboscis is a fine addition to the list of world famous noses. 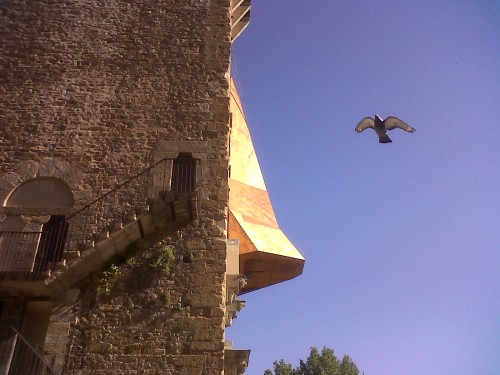 But as with many of Clet’s works this schnoz will not be on view for long. The paperwork munchkins declare it must come down by June 23.