Whenever I can’t leave town, but I want to escape the Renaissance Disneyland that Florence has become, I go to Paperback Exchange to hide out for an hour or two.

Established almost 30 years ago as a second-hand, trade-in, English bookshop, Paperback Exchange began life as a tiny store, on a busy, dusty corner, crammed with jumbled piles of books. In 2005, Maurizio and Emily moved the shop to a tranquil street in the heart of the city, less than a block from the Duomo.

The new place has two expansive rooms with large windows, comfortable reading chairs and well-organized shelves.  It has a welcoming, cozy atmosphere and is a lovely place to browse, read or hang out and chat.

Paperback Exchange has evolved over the years into not only a well-known and respected independent bookstore, but also has become a focal point for the English-speaking community in Florence. The store holds regular events, such as poetry readings, literary discussions and a children’s story hour.

Today, Paperback Exchange stocks thousands of new and used paperback and hardback titles while still continuing to welcome trade-ins.  It is also the “campus bookstore” for the North American universities in Florence and central Italy.

For the tourist, Paperback Exchange is a prime destination to find travel guides and new or used books for the road, as well as a spot to lighten a suitcase by trading in those books that are no longer wanted.  The friendly staff is always ready with reading advice and even helpful directions to the “best” Florence has to offer, be it a restaurant, panoramic view, museum or shop.

Unwary tourists risk getting hefty fines in some Italian cities and villages for doing things that are perfectly legal everywhere in the world.

At Eraclea, near Venice, The Independent of London rightly reports, “parents need to keep a beady eye on their children: sandcastles are banned, as they ‘obstruct the passage’ along the beach.”

“Two people may sit down on a park bench in the city of Novara [Piedmont], but if a third person joins them and it’s after 11pm, all three are breaking the law. In Viareggio, the benches may contain as many people as care to squeeze on to them, but if one of them puts his feet up on it, he risks a fine.”

Can you sit on the Spanish Steps or in the Loggia di Lanzi of Piazza Signoria?  And if you can, are you allowed to eat a sandwich?  And if eating is against the law, can you drink from a can of soda?  And if not, is a bottle of water allowed?

In Florence, you can’t play Frisbee in the piazza or offer to wash windshields at the intersections.  Recently, Florence outlawed the use of the centuries-old Florentine gigllio (lilly) unless a royalty is paid to the city, but you are probably safe until they figure out how much the royalty will be.

Beware! The vigili are watching!

bir & fud, a trendy beer and pizza joint on a narrow busy pedestrian street in the Trastevere neighborhood of Rome, will put a smile on your face every time you think of the name or the food.

With an ever-changing menu of artisanal beers on tap and over 100 different bottled brews, this is the premier beer destination for all of Italy, not just Rome.  bir & fud not only prizes the yeast in its beer, but also that in its special pizza and focaccia dough, the revered lievito madre.  Order the fresh-daily buffalo mozzarella as an antipasto or better yet, have a pizza margherita con bufala.

The bir & fud blog is written in Italian, but is easy to navigate to find the ‘fud’ menu and the ‘bir’ list.  There is a nearby botegga where the bottled beer and other items are for sale. 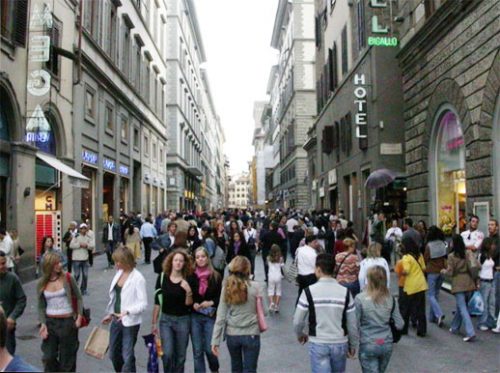 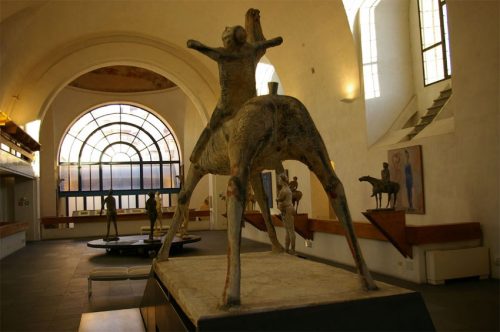